My Google “Pixelbook” .. for less than half the money

This is the WhatsApp fight against the hoaxes of Covid-19

This is the WhatsApp fight against the hoaxes of Covid-19 PHOTOLFAKE NEWS The platform launches an...
Read more

International law in times of coronavirus

The crisis caused by COVID-19 has led states to take actions to respond to the emergency. Although there is...
Read more

USA USA deployed Patriot missiles in Iraq, what for?

US authorities have asked Iraqis to allow them to deploy this anti-aircraft defense system to protect their troops in...
Read more
Coolsmartphone

I mean sure, it’s got a touch screen, it has an SSD, it has that clever design and can switch from laptop, tablet or “tent” mode but…. I’m as tight as a duck’s bottom. So over £1,000 for all that seems like a lot. 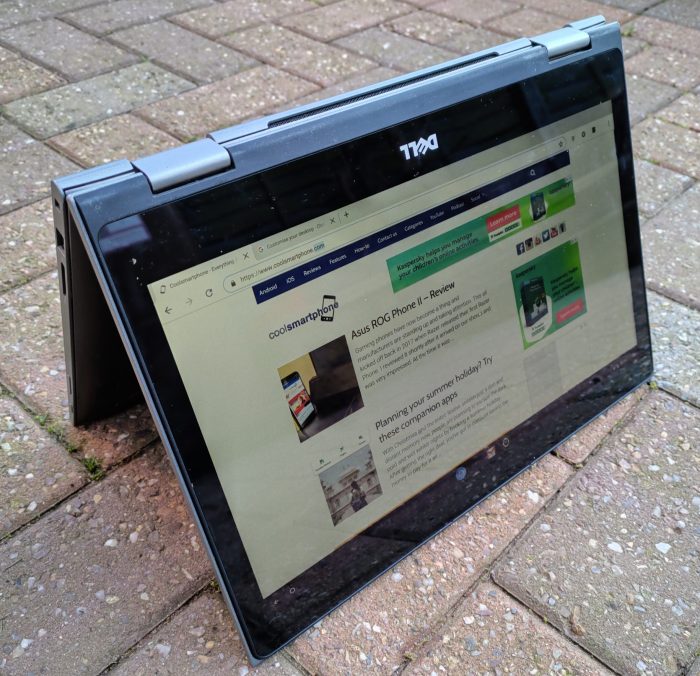 Woah there – let me tell you how this happened. I initially got browsing on eBay to get something similar to a Pixelbook. I started looking at the Dell Inspiron 13 – 5000 series because – whilst not as slim – they’re similar in many other ways.

Sure, the scren isn’t quite as good (it’s 1920×1080) but it has touchscreen capabilites and it’ll also fold over so that you can use it in a tablet or “tent” mode. Whilst there’s a lot of versions available, the one I was hunting for was an i7 so that it would compete with the top-end Pixelbook. It was looking for 16GB of RAM too, so I scoured eBay for one and eventally managed to bad a used one for exactly £400. You can get better and professionally refurbished ones for a smidge more, like this one… 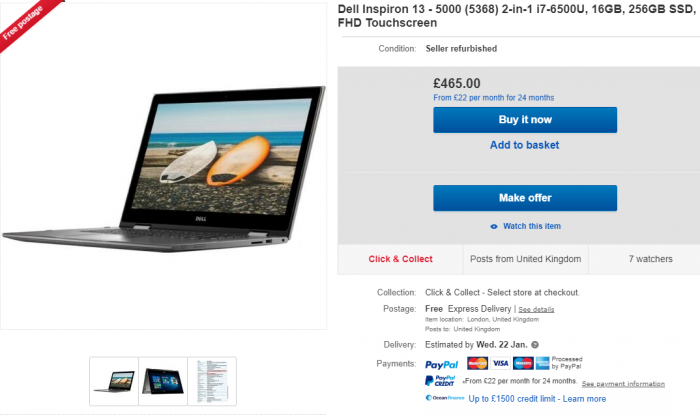 Next up, adding the Chrome OS. To do this, there’s a completely free offering called CloudReady from Neverware. You basically download / create a boot image, whack that on a USB stick, then shove it in the laptop you want to install the Chrome OS onto.

As an aside, the Chromebook craze has now grown and you can get Chromebox devices (which are like mini PC’s) for less than £100. However, the Home Edition of CloudReady will give you the Chromebook experience on a laptop that you may have given up on recently. Seriously, if you have a laptop which is running slowly and you’ve given up on the thing, get CloudReady and whack it on. 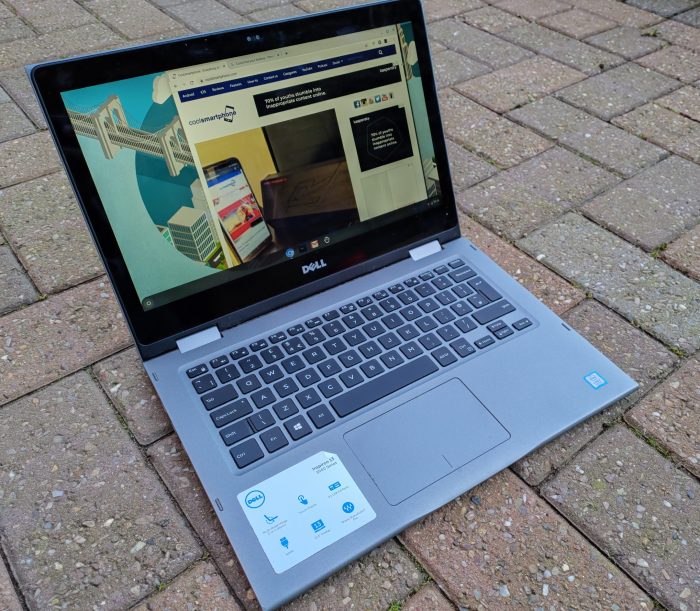 The solution works really well. I’ve always like Chromebooks. They’re well priced and – for 95% of users – you can do everything you need to do on them. Sure, I’ll admit that at times I’m in that 5% and I’ll need to get into SQL Management Studio or setup something within a Windows Server in my lab – but you can install RDP clients on Chromebooks and within the Chrome OS which let you hop into a Windows box elsewhere. Heck, with the version of CloudReady I’m using now I can use Linux and install too, so I can install VirtualBox and then run Windows as a virtual machine. Effectively that means I can use both OS’s at the same time. 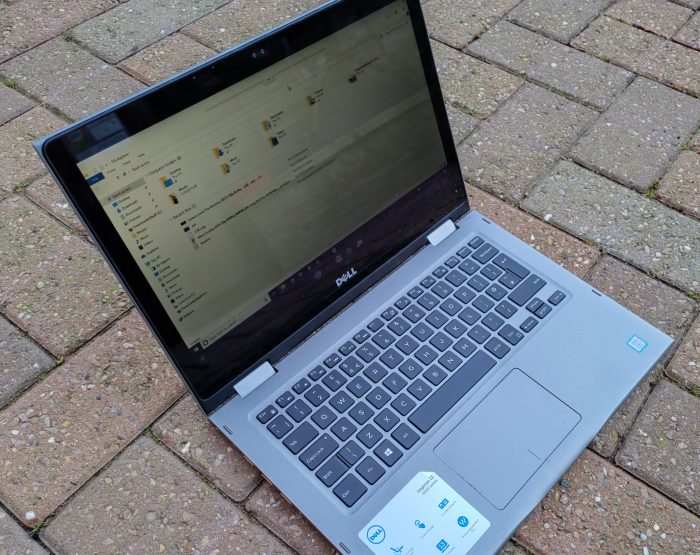 RDP-ing into a Windows machine

But hey, I’m in that 5% some of the time. For the rest of the time you’ll be using a browser, because that’s all you need today.

Sure, there’s some minor caveats. This doesn’t have absolutely everything that a normal Chromebook would have. Android apps aren’t on there (this due to multiple legal and technical constraints), but you can install a growing selection of Linux apps via Flathub.

Confused? Well, I’ve got me a video to show you 🙂

If you’ve got an old laptop, give it a try – seriously. Even if you hide the big old laptop in a cupboard and put a keyboard, mouse and monitor on it – don’t go spending money when you can make use of it.

For me, I’ve now got an i7 Chromebook for a lot, lot less than it would cost me to get a Pixel. 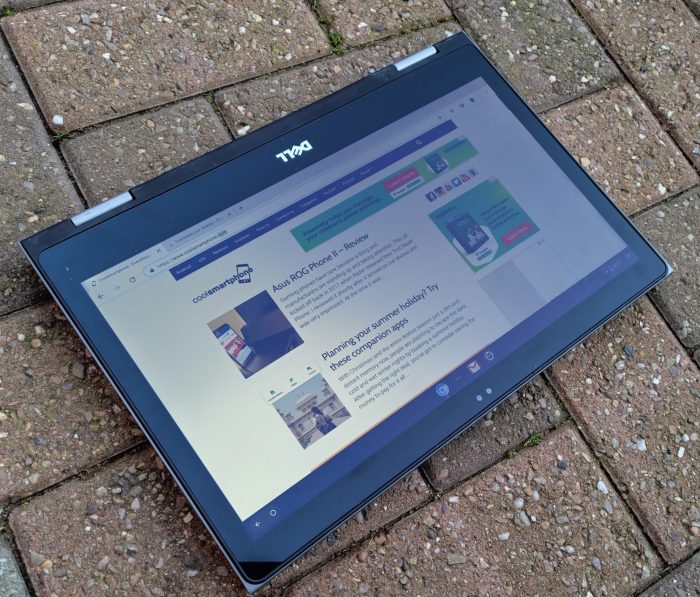 Xiaomi has presented by streaming this Monday its new mid-range phone, a very focused audience gamer, to whom the brand has made constant reference...
Read more

Galaxy S20: A 108 megapixel camera attached to a mobile

The guys at EE have flicked the switch so that 21 more 5G destinations are now available. It brings the total EE 5G locations...
Read more

A full closure of all Apple shops and stores outside of China will now kick in for two weeks. This is happening immediately, and...
Read more

Actually getting your hands on a phone – to touch it and check the dimensions of the thing – is going to get slightly...
Read more

Just a few short days ago I doubt we knew quite how life-changing this situation would be. The coronavirus outbreak has become a massive...
Read more

This is the WhatsApp fight against the hoaxes of Covid-19

This is the WhatsApp fight against the hoaxes of Covid-19 PHOTOLFAKE NEWS The platform launches an...
Read more
Corona Virus

International law in times of coronavirus

The crisis caused by COVID-19 has led states to take actions to respond to the emergency. Although there is no source in international law...
Read more
Corona Virus

USA USA deployed Patriot missiles in Iraq, what for?

US authorities have asked Iraqis to allow them to deploy this anti-aircraft defense system to protect their troops in Baghdad, the target of several...
Read more
Football

Sergio Ramos, a legend with a long history to write

A senior US official said that by filing charges against the President of Venezuela, his environment will have an incentive to betray him. He...
Read more