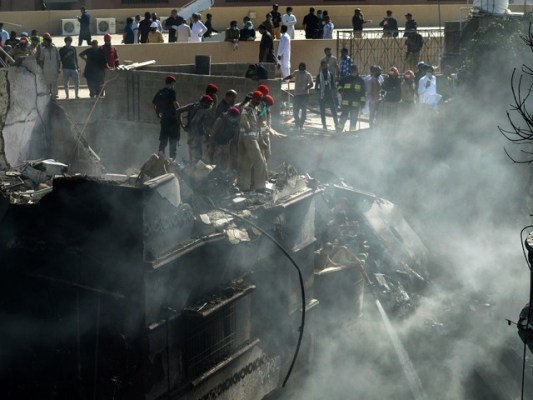 Leaders from around the worldؤHas expressed solidarity with the Pakistani people and the victims of the plane crash and sent messages of condolence.

Leaders around the world expressed solidarity with the victims in a difficult time after the crash of a PIA plane en route from Lahore to Karachi. US Secretary of State Mike Pompeo expressed regret over the Karachi plane crash and said the United States Stands with Pakistan

Canadian Prime Minister Justin Trudeau says the news of the plane crash is heartbreaking, and that the Canadian people share the families of the victims. The Turkish Foreign Minister said in a tweet that our sympathies are with the Pakistani brothers and sisters in this difficult time.

It is to be noted that a PIA passenger plane coming from Lahore to Karachi had crashed on the population near Karachi Airport yesterday. The plane had 91 passengers and 7 crew members on board, out of which 96 people were killed. Confirmed while two people survived.

Netflix begins to restore the quality of its 'streaming' throughout Europe