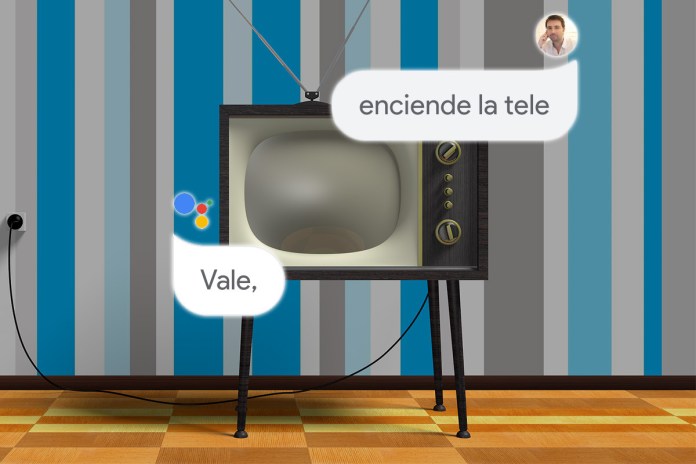 If you have a smart TV, you can probably control it with your mobile with its official application. If not, it is still possible to have a rudimentary control of it with the help of a Google Chromecast. What you can do depends on your TV, although at the very least you should be able turn off and on the TV from your mobile.

This can be useful to include your TV in Google Assistant routines, for example, turning off the TV and lights at night or turning it on in the morning to listen to the news. To achieve this you need a few previous requirements although they are quite acceptable if you have a moderately recent TV.

1. Use a charger for the Chromecast 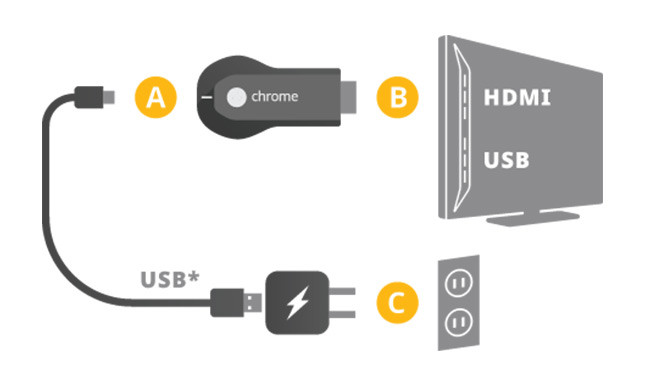 The Google Chromecast connects directly to an HDMI port of the television, although it needs, on the other hand, receive the current with a USB cable. For convenience, it is possible to connect this cable to a USB connector inside the TV itself, but this has the disadvantage – for our purpose – that when the TV is turned off, it is normal that it does not send power to the Google Chromecast. 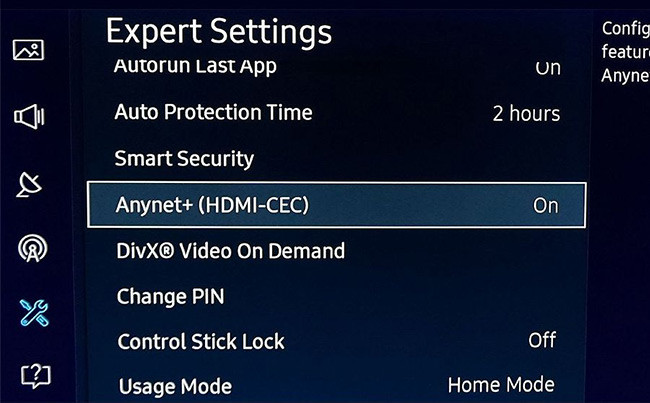 The way Chromecast communicates with TV is far from new. It is based on the HDMI CEC standard which is over ten years old. In plain words, it is a way of send control commands via HDMI cable. In this way, the Chromecast can turn on the screen when you start broadcasting something, or the remote control you can control the Home Cinema.

The standard is officially called HDMI-CEC, although different manufacturers they baptize him with different names. Samsung calls it Anynet +, Sharp Aquos Link, Sony Bravia Link / Sync, Toshiba CE-Link, LG SimpLink, Panasonic VIERA Link and so on. In practice, they are all the same HDMI-CEC.

Although it is usual that HDMI-CEC is already activated, it is possible that on your TV you must activate it manually from the options. In fact, it is relatively frequent that the system does not go too well, so you must turn off the TV, wait 10 minutes and turn it on again to make it work again.

With Chromecast on, HDMI-CEC activated and TV turned off, the only thing you need is to ask Google as long as you already have your Chromecast configured in the Home application. You can make the request with different words such as Turn on the Tv. If the Assistant responds with “Okay” or something similar, you have everything well configured. If that answers you but the TV does not turn on, try disconnecting it from the power 10 minutes, plugging the Chromecast into another HDMI or checking that HDMI-CEC is activated.

Not only does turning on the TV live the Chromecast, and with HDMI-CEC activated you will have other advantages, such as the TV turning on and changing to the Chromecast source when you emit sound, being able to pause Chromecast videos with the remote control u obviously also be able to turn off the TV with the mobile. Not all commands will work on all TVs, so it’s easiest to test which ones work for you and which don’t.

HP has unveiled HP Reverb G2, his latest model of the headset for virtual reality, born in collaboration with Valve and Microsoft. According to...
Read more

Yesterday they collided Threat of the president At one point in the afternoon, while deputies and government emissaries debated the proposals, the President of the...
Read more
5G News

Currently the 5G It is one of the connectivities that most threatens WiFi on mobile phones. With the arrival of unlimited data rates, 5G...
Read more
Community

Taoiseach Leo Varadkar has announced that more social restrictions will be eased as planned one week from next Monday as the number of cases...
Read more
5G News

There is a lot disinformation, hoaxes and false data related to the 5G and radiation. There are even those who believe that 5G has...
Read more
Shopping Guide

HP has unveiled HP Reverb G2, his latest model of the headset for virtual reality, born in collaboration with Valve and Microsoft. According to...
Read more
iphone