“Hot Plasma” is the Latest in E-Security

Before I begin telling you about the most sophisticated new cyberthreat your organization will face in 2022 — which by the way has a very dull name — I thought I’d at least try and open with something that is more uplifting: Hot Plasma to Re-Invent E-Security (Environmental Security, that is).

This good news is that we’ve had a breakthrough in Hot Plasma which could soon (in the next decade) power a world of electric cars with zero pollution. Scientists have known since WWII how to split atoms to make vast amounts of energy (nuclear power), but they may now be on to something much bigger, combining atoms to create vast amounts of clean energy (no radioactive or other waste). We’re talking truly game changing amounts, as this initial successful experiment trained a bunch of lasers for 10 billionths of a second on a spec of plasma and created 10 quadrillion watts of power for a 100 trillionth of a second. This could change the world for the better, soon. (Here are the details…but caution, this article will blow the mind of any non-physicist!).

Closer to home, another form of E-Security (in this case, Email Security) is also seeing a continuum of sophistication (albeit a bit duller with smaller numbers). Business Email Compromise (not as novel sounding as Hot Plasma) attacks recorded in only 20,000 reports to the FBI yielded $1.8 billion in cumulative losses (read, funds mis-wired to these evermore sophisticated socially engineering cyberthieves).

In a world of good news, this is the bad news.

According to a recent report by Osterman Research, traditional e-security tools are not designed to protect against socially engineered Business Email Compromise (BEC) attacks. Even with a disappointingly dull name, BEC too often results in human-error-induced financial loss.

What exactly are BEC attacks?

Business Email Compromise (BEC) attacks are a sophisticated form of impostor email. Most commonly, according to the Osterman Report, BEC attackers (impostors) seek monetary payment as a direct outcome, and types of BEC attacks include (but are not limited to) diverting payment on a valid invoice to a fraudulent bank account, submitting a fake invoice for payment, diverting employee payroll to a fraudulent bank account, and using impersonation of senior executives to lend credibility to plausible but irregular requests.

Yikes! So, what should we all be doing about BEC attacks?

RPost has announced its RSecurity human error protection suite that address these BEC impostor email concerns head on. Its new RSecurity SMART AI engine runs inside RMail for Outlook to protect against the most sophisticated Business Email Compromise (BEC) impostor attacks not easily handled by traditional email perimeter and gateway security systems. It builds upon on RPost’s award-winning RMail product, which is designed to empower email users all in one app — to track, prove and certify email opening and delivery, encrypt for easy-to-use privacy and compliance, share large files securely, and send for recipient e-signature.

RSecurity solves the three main challenges not addressed by traditional email perimeter and gateway security services, and it does so in the flow of email sending and within Microsoft Outlook in Microsoft 365:

Sounds great, but aren’t these solutions only as good as the number of people who adopt them?

Yes. Osterman Research tech analysts agree that low effectiveness in traditional solutions that combat BEC attacks can be mostly attributed to low user adoption. In other words, the tech is there, but if people aren’t using it and being trained to use it in real time, what’s the point?

Luckily, RMail gets some of the highest marks in the industry for ease of use. In fact, according to our 2022 Annual User Survey, over 80% of respondents agreed or strongly agreed that “RMail is intuitive and easy to use” and that its key features “were easy to learn”.

When adoption of anti-BEC attack technology is so important for thwarting these attacks, it’s great to know that ease-of-use is baked into RMail and, specifically, RSecurity.

Know more: Hot Plasma is the Latest in E-Security 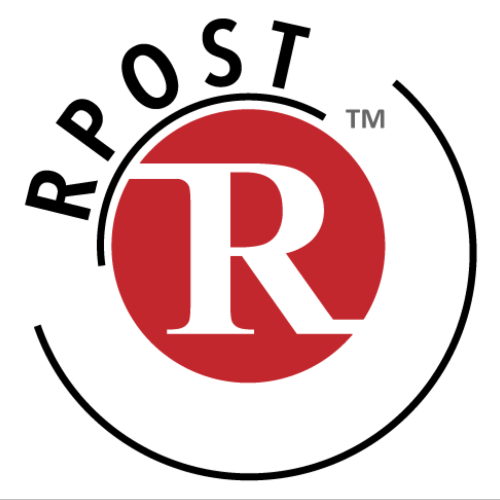 Ukraine's military has said it is working to evacuate...

Each template in our ever growing studio library can be added and moved around within any page effortlessly with one click.

© 2021 tagDiv. All Rights Reserved. Made with Newspaper Theme.

We use cookies on our website to give you the most relevant experience by remembering your preferences and repeat visits. By clicking “Accept”, you consent to the use of ALL the cookies.
Do not sell my personal information.
Cookie SettingsAccept
Manage consent

This website uses cookies to improve your experience while you navigate through the website. Out of these, the cookies that are categorized as necessary are stored on your browser as they are essential for the working of basic functionalities of the website. We also use third-party cookies that help us analyze and understand how you use this website. These cookies will be stored in your browser only with your consent. You also have the option to opt-out of these cookies. But opting out of some of these cookies may affect your browsing experience.
Functional
Functional cookies help to perform certain functionalities like sharing the content of the website on social media platforms, collect feedbacks, and other third-party features.
Performance
Performance cookies are used to understand and analyze the key performance indexes of the website which helps in delivering a better user experience for the visitors.
Analytics
Analytical cookies are used to understand how visitors interact with the website. These cookies help provide information on metrics the number of visitors, bounce rate, traffic source, etc.
Advertisement
Advertisement cookies are used to provide visitors with relevant ads and marketing campaigns. These cookies track visitors across websites and collect information to provide customized ads.
Others
Other uncategorized cookies are those that are being analyzed and have not been classified into a category as yet.
Necessary Always Enabled
Necessary cookies are absolutely essential for the website to function properly. These cookies ensure basic functionalities and security features of the website, anonymously.
SAVE & ACCEPT