El Salvador receives US $ 173.3 million less in remittances in the first quarter of 2020

The iOS 13.5 update was released to all users last week with significant additions such as the contact tracking...
Read more 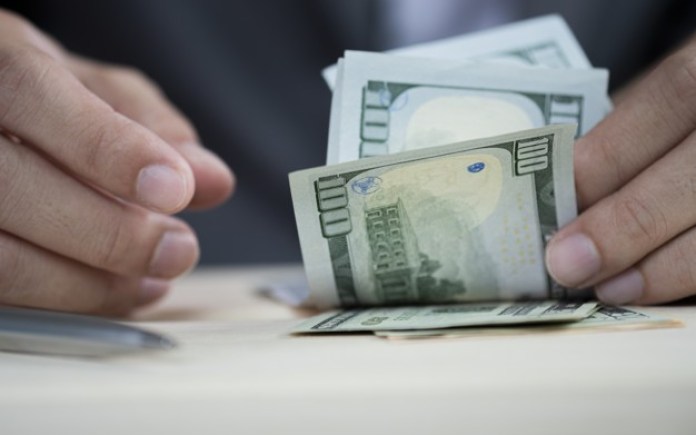 Remittances from the United States represent 95.4% of the total received By

Family remittances received by El Salvador totaled US $ 1,600.7 million in the period from January to April 2020, lower by US $ 173.3 million compared to the same period of the previous year, with a reduction equivalent to -9.8%.

In terms of the number of operations carried out in the financial system, remittances accumulated 6.1 million transactions between January and April, in the last month 1.2 million operations were registered, representing a -30.3% growth compared to the previous year, this indicates that the number of affected households is around 30% and that the average amount received has been reduced.

Family remittances originating in the United States were US $ 1,527.3 million, reflecting a reduction of US $ 156.4 million, equivalent to -9.3% growth. This nation became the center of the coronavirus pandemic in April 2020, and to date it continues to be the country with the highest confirmed cases worldwide.

Remittances from the United States represent 95.4% of the total received by El Salvador. There are already signs that some states of that country will gradually open their economy, such as California, where most Salvadorans reside and that they reduced their restrictions on May 8, a date close to the celebration of Mother’s Day, a situation that is It hopes to allow more remittances to El Salvador in May.

Additionally, the month of May is expected to be favorable compared to April 2020, with the measure announced by the government of El Salvador of agreements with four Money Transfer Companies (ETDs), which will allow Salvadorans in abroad send remittances to your relatives in El Salvador with zero commissions for senders this month. This measure includes the following ETDs: RIA, MONEYGRAM, VIGO (WESTER UNION) and VIAMERICAS, and applies to remittances paid to a bank account.

Other countries from which remittances are received are Canada, Spain and Italy, which show decreases of -8.3%, -12.2% and -27.6% respectively, in accumulated terms.

Mobile top-ups that constitute remittances in kind went from US $ 8.9 million received until April 2019 to US $ 7.5 million in 2020. As for cash remittances for the month of April, these were not received due to the closure of El Savior.

Some indicators related to family remittances are the total unemployment rate in the United States and the Hispanic unemployment rate, registering 14.7% and 18.9% respectively for April, both rates higher than those registered in the 2008-2009 crisis.

Mexico registered a growth rate of 18.4% as of March 2020, an atypical situation compared to the rest of the recipient countries; however this is attributed to different reasons, among them a greater dynamism of the remittances received from the Mexican states bordering the United States, and due to the effect of the exchange rate due to the depreciation of the Mexican peso in relation to the dollar, which has encouraged Significantly more remittances were highlighted by the Center for Latin American Monetary Studies (CEMLA).

A recent discovery highlights how, due to the scarcity of food, even the fierce predators of the Jurassic, such as the Allosaurus, did not...
Read more

Mark Zuckerberg on Donald Trump: Facebook will not control what he writes

The issue of fact checking at Donald Trump's tweet has become an international case, as well as a state affair in the US. Fox...
Read more

Authorities are allowing the gradual resumption of business. Millions of unemployed, closed tourist attractions, stationary film sets and a gigantic deficit on the horizon:...
Read more

World tourism with new guidelines to reopen the sector

These proHi Card guidelines to improve the international interoperability of airports and hotels. The role of technology in promoting social distancing in hotels and...
Read more

This will be the tweets with audio on Twitter

Twitter is working on tweets with audio clips, a tool that would not require additional apps to work. This will...
Read more
Electronics

ASUS ROG, a promo offers up to € 300 refund on monitors and GPUs

After discussing the topic in a special episode of Q&A Tech, the time has come to talk about an interesting offer launched by ASUS...
Read more
Android

DXOMark has released the new report in which it shows which are the best smartphones for the photographic sector, as occurs annually during this...
Read more
Shopping Guide

The new Sky Q is approaching launch: tests with subscribers are underway, here are the news

In these hours Sky is officially starting the tests of the new software update for Sky Q, which we had the opportunity to discuss...
Read more
Amazon

After reporting the Amazon discount on the iPhone 11 and XR, we return again to the catalogue of the giant by Jeff Bezos, to...
Read more
Latest news

A recent discovery highlights how, due to the scarcity of food, even the fierce predators of the Jurassic, such as the Allosaurus, did not...
Read more
Top Stories

The most dangerous parker group jumping between tall buildings and rocks

London: People who are keen to jump and perform dangerous stunts between buildings, roofs and small hills are called Parkers and a British...
Read more

This will be the tweets with audio on Twitter