The European Football Championships are played on Pro Evolution Soccer: let’s analyze together all the details of the new free DLC made by Konami.

As the soccer fans know perfectly well, the “real” competition of Euro 2020 (or rather, 2021) will be played next year, but before the postponement, Konami had already included the digital reproduction in the post-launch support of his sports title (if you want to know the qualities of the game, we invite you to retrieve our review of eFootball PES 2020). As fans as we are, we have not hesitated to dive into the UEFA Euro 2020 DLC to find out how the Japanese company managed to reproduce the atmosphere of the tournament: that’s why today we find ourselves on the field, hand on the chest and national anthem in the ears, to try to bring home the cup in the latest update of one of the best football games of the generation.

Let’s start from the contents of this new update of Konami’s football. Once installed, the package brings all of them to your consoles 55 UEFA national teams with roses and complete outbuildings, the possibility to play friendly matches in the context of the European competition and the entire tournament in the Cup mode. 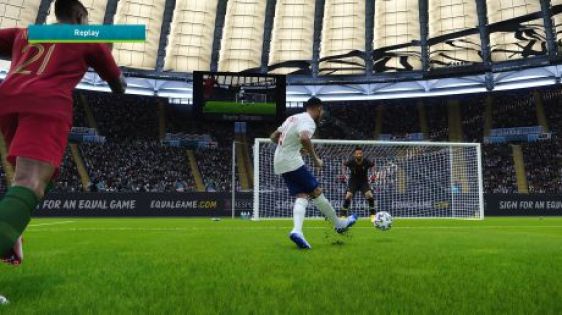 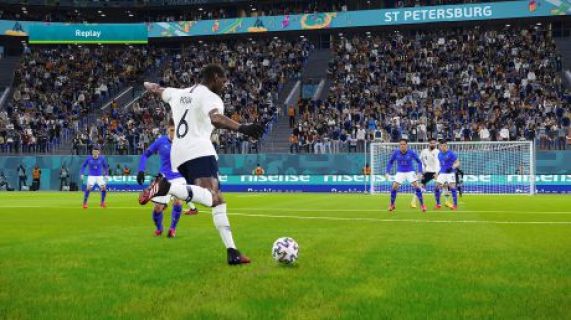 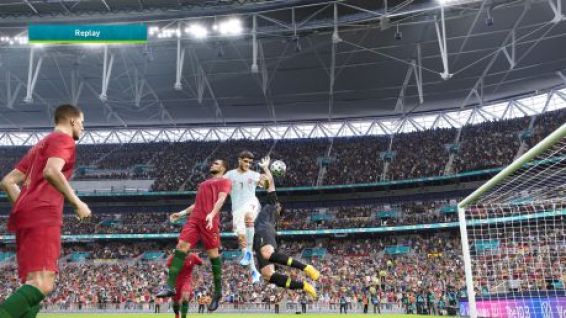 An update of the same type has also been implemented for the appearance of the most renowned players: just to give an example, the iconic Cristiano Ronaldo now sports his recent pigtail. In support of all this, the Master Club and Become a Myth modes enjoy the Euro 2020 license and give us the opportunity to participate in the event, in the event of a call-up to the National team, in the role of the coach or an athlete. Finally, do not forget the stadiums of Wembley and St. Petersburg, introduced for the occasion, and the official competition ball. Konami’s choice, unlike other similar occasions, was to insert the update in a more “organic” way with the rest of the content offer. Instead of showing the new option in a clearly visible way in the game menu, in eFootball PES 2020 everything is almost hidden: the Euro 2020 themed friendly joins normal matches, while the trophy joins its fellow players in the Cup mode. It is a choice that, to tell the truth, has a less remarkable visual impact, also due to frankly poorly finished and fairly elementary graphics and designs.

We also regret that we do not have an easily accessible option to change the national team squads, and therefore we will only be able to play with the official selections. If you thought of convincing Ibrahimovic to make a final sortie with the Swedish shirt, you will have to change your mind. 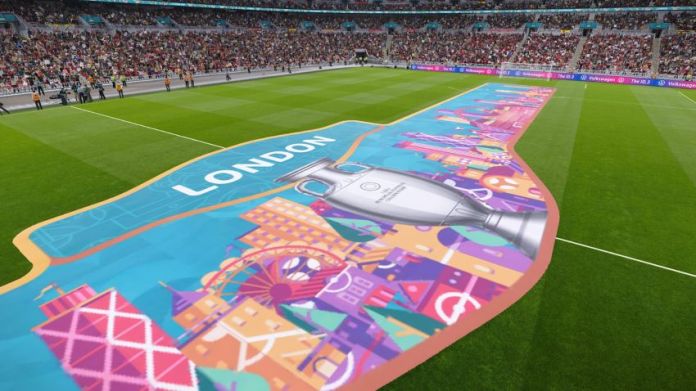 Once the highlight of this update has started, the official video of Euro 2020 introduces the canonical group stage. In this case, it is possible to change the order of the participating teams, in order to compose a personalized tournament.

When you go out on the pitch there are several details useful to generate the right atmosphere: on the turf, a huge banner indicates in which of the ten host cities the game is taking place, while the stadium has decorations and posters on the subject.

It is good to spend a few words on the systems of Wembley and St. Petersburg, made with painstaking attention to detail: especially in the initial shots, the work done by the developers is really appreciated, who have paid sufficient honour to the temple of London football (where it is the final). Instead, the scenic layout of the stadiums already present is poorer, such as the Olimpico in Rome, very differentiated from its original counterpart.

Going back to the shots, the movements of the camera are also excellent, before concentrating on the two teams inside the tunnel, before following the whistle, and then following them with large tracking shots during the inevitable national anthem (also accompanied by the facial animations of the athletes singing proudly).

Kick off the kick-off the experience is obviously the same as the base game, but with some interesting goodies. After passing the group stage, not infrequently artificial intelligence really gave its best to get the victory: for example, we noticed how the opposing team, once suffering a goal, launches much more in the attack, pressing every single ball to recover the goal difference (with offensive tactics enabled). 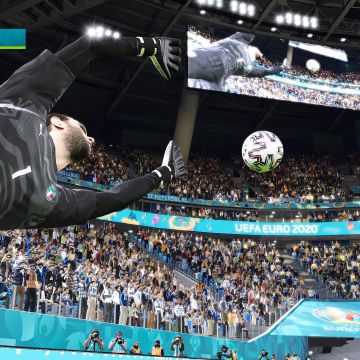 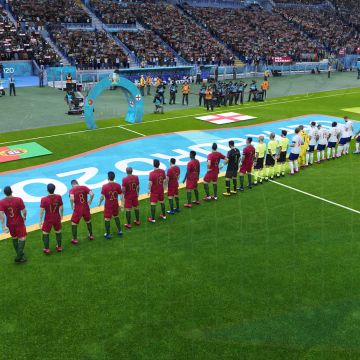 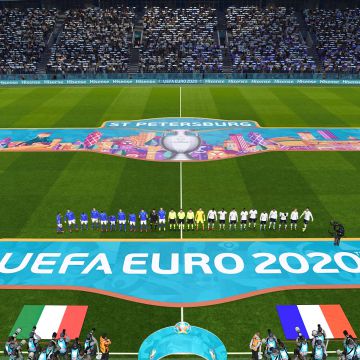 The more you advance towards the final stages of the game, the more the remaining teams seem to be grim, tough, and even the public appears more involved and warm. These are short moments, which denote greater care for the direction of the matches than the basic version, able to properly return the atmosphere of the competition. Although in practice there is nothing that – of course – modifies the gameplay in a concrete way, with just a few tweaks Konami managed to give a different flavour to the Euro 2020 matches. Finally, mention should be made of the care in the tactics of the various national teams, For example, if Spain shows off its unfailing tiki-taka, a match against Switzerland’s armoured defence has proven to be able to return a completely different feeling.

It always remains the same, unfortunately, Fabio Caressa’s comment, with its ups and downs, despite still having some new lines to provide some detailed information on the competition. The hope, as we told in our special on what we would like from PES 2021, is that Konami will modify and considerably evolve the quality of the commentary. 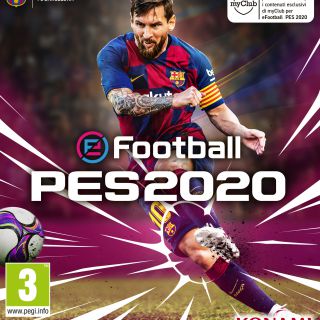 Analyzed Version PlayStation 4Euro 2020 is a somewhat spartan and sparse update of some details that would have made it more enjoyable, but net of some shortcomings it manages to effectively evoke the atmosphere of a high-level sporting competition. With a few more tricks Euro 2020 would have been a perfect update, but the fact that it is distributed completely free of charge is certainly an added value that should not be underestimated. We would like to spend a word on the excellent movements of the camera, especially before the kick-off: if the next episode of the series will also start from this meticulous care, PES could indeed reach new standards of scenic spectacle.