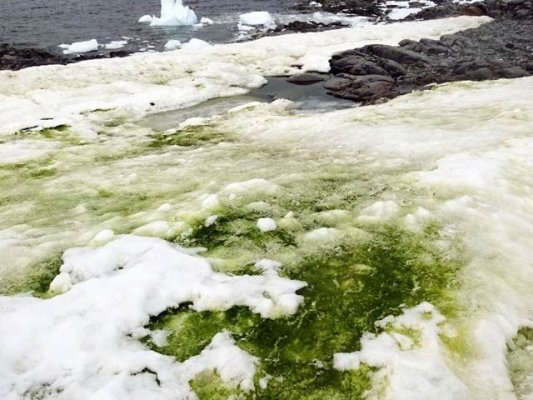 London: There is no greenery in the Antarctic, but the algae are spreading rapidly and turning the white snow green. However, this change has been seen in some places, but it will happen very fast in the next month and year.

Although the icy lands of Antarctica are almost devoid of plants and vegetation, there is still some algae. However, this allergy is now growing rapidly due to global warming.

The University of Cambridge and the British Antarctic Survey have released a report on the spread of green algae on the world’s most desolate icy continent using satellite images and some ground observations.

Scientists have reported the spread of algae in 1,600 places, with an additional 1.9 square kilometres of algae observed. Matt Davis, a Cambridge scientist, says that while there are almost no plants on Antarctica, there are too many algae that cannot be ignored.

We know that many parts of the poles are warming faster than the rest of the world and the ice is melting and green algae is spreading which will increase. Although algae absorb carbon dioxide, green algae scattered on ice will also affect the way sunlight is reflected.