Joe Biden, who will be a Democrat candidate in this year’s presidential election, says that Donald Trump ‘important to’ patronize ‘is’ the welfare of the nation he leads’ 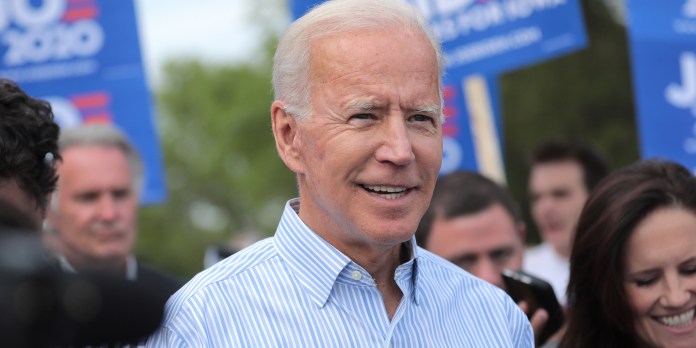 His primary opponent, Joe Biden, has accused Donald Trump of having made the President of America a “battlefield” by tearing up old alliances and nurturing new fears.

Speaking in Philadelphia today about the assassination of George Floyd and the protests that followed, Biden claimed that, unlike Trump, he would be president for reconciliation.

“He [Trump] thinks the disagreement will help him. Its sanctity is more important than the welfare of the nation over which it is in charge.

“I’m not going to instill fear and foster cracking. I will not light the fire of hatred. I will try to heal, rather than exploit, the harms of racism, which have long plagued this country, ” Biden, who will be a candidate for Democrats in this year’s presidential election.

Protests and riots have taken place across the United States of America for the past five days for the killing of George Floyd, a 46-year-old black man from Minneapolis. George Floyd was trapped on the ground and a policeman kept his knee on his neck until he died. The policeman was charged with third-degree murder and second-degree manslaughter and the incident prompted protests against racism across America and around the world, including a protest by Black Lives Matter in Dublin.

Joe Biden said that Trump’s racism is part of the problem rather than part of the solution. He said the killing of George Floyd was an eye-opener, especially his last words, ‘I can’t breathe’.

Biden said that those words were always heard and needed to be taken into account and to tackle the racism and discrimination that left people across the country feeling out of breath.