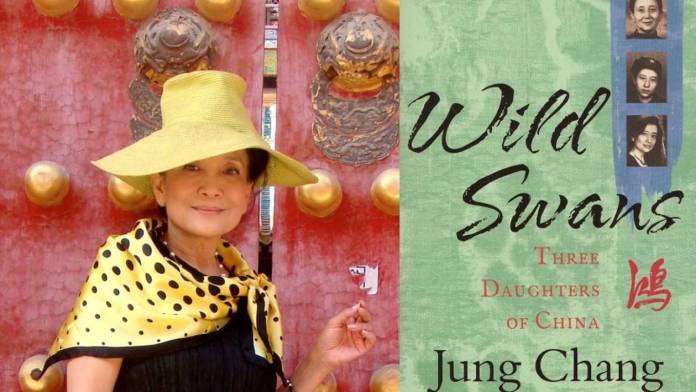 The best-selling author of Wild Swans, Jung Chang, radio presenter and author Joe Duffy, and popular historian and TV presenter Dan Jones have been announced as part of the line-up for this year’s Dublin Festival of History. Taking place from the 1st to 20th October, this year’s Festival will see over 150 walks, tours, exhibitions and talks take place across the city.  The Festival is an initiative of Dublin City Council, and all events are free and open to the public, and was launched today (26.07.2019) at the Registry of Deeds, Henrietta Street, Dublin 1.   Talks on the relationship between fashion and the city; a look at the history of housing prices in Dublin; anniversaries such as 50 years since the moon landing; the premiere of a documentary on the famous Alcock and Brown 1919 flight across the Atlantic ocean and an in-depth look at the partition of Ireland 100 years on from the War of Independence, form just part of the programme of events taking place over the three weeks.   The Festival will culminate with a ‘Big Weekend’ of talks at the Printworks, Dublin Castle, taking place Friday 18thOctober to Sunday, 20th October. Speaking at the Big Weekend will be:

Speaking today at the launch of Dublin Festival of History, Lord Mayor of Dublin, Paul McAuliffe, said: “Since it began in 2013, the Festival has gained a reputation for attracting world-class, best-selling historians of national and international significance, and 2019 is no different. We look forward to welcoming speakers such as best-selling authors Jung Chang, Tom Holland, Dan Jones, and more to Dublin to share their knowledge and join us in a celebration of history – how it has shaped who we are, and its significance in shaping who we become.    “As Ireland’s largest free history festival, with over 150 events taking place across 65 venues on a diverse range of topics, there’ll be something for everyone this October.”   Also speaking at the launch was Dublin City Librarian, Mairead Owens, who said: “History is all around us – in our built environment as we walk through the streets, in the stories we tell and the particular phrases we say. This year’s Festival will bring alive the multi-faceted nature of history, from the impact of political decisions such as the partition of Ireland, or the building of the Berlin Wall, to the story of Lemon’s sweets, the Periodic Table, to how Constance Wilde helped women to start wearing trousers.   “The Festival of History has been growing year on year, reflecting Dublin City Council’s commitment to preserving and promoting the history and heritage of our capital city and striving to make history accessible to all.”