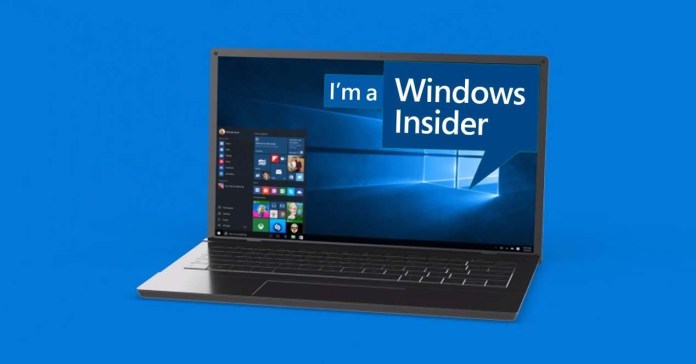 Windows 10 is the most widely used operating system on computers in much of the world. The development of software of this magnitude can make us think about the number of engineers assigned to its development and testing, something that over time has changed in Redmond. Today and for a while, Microsoft decided to create what we know as the Insider program, a program in which the users belonging to it can test the latest versions of the company’s operating system completely free of charge to test or test all its functions looking for bugs for debugging. If you want to know more about Windows Insider program, its advantages and how sign up, we show you below.

All software that is developed goes through its different phases and test benches. However, all the tests that are always carried out with few, something on the other hand, involves a great cost on the part of the developer company. In this sense, Microsoft designed a strategy to save many millions of euros, to open a test program in which, the users themselves could be directly testers of the new Windows functions and that they themselves could report any failure to the company. to fix it before a version sees the light and reaches everyone.

What is the Windows Insider program

During the announcement of Windows 10, Microsoft indicated that it would be a collaborative system, which would allow the community behind the latest version of the company’s operating system to play an important role during its development.

It was then that the Insider program emerged, to which users could subscribe to collaborate with the company by performing tester functions. A working method that is more reminiscent of open source software developments than what we were used to by Redmond.

However, this was an important saving for the company Because it had a lot of free labor and a better system debugging process so that the final versions arrive with higher quality and a much lower rate of errors and problems. 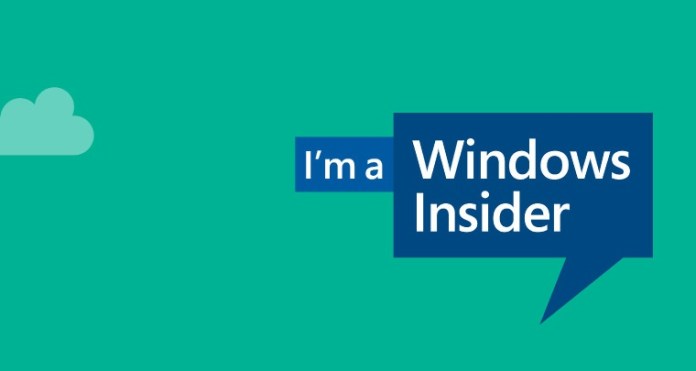 That said, the Windows Insider or Windows Insider program is a group of users who are known as Insiders and who receive new builds of Windows 10 from time to time to test the implemented changes in them.

That is, every time Redmond’s have a compilation that fixes certain problems or implements new functions or features, after passing a test bench during the development itself, it comes to Insiders to be in charge of doing all the tests. that each one believes relevant.

Therefore, this user group contributes significantly to the report failures, opinions and experiences before a version of Windows 10 reach end-users and therefore Microsoft can resolve it or make any changes it deems appropriate based on these tests or opinions.

Advantages of belonging to Windows Insider

In exchange for belonging to the Windows Insider program, Microsoft offered users a valid license for Windows 10 version. However, after the release of the final version of Windows 10, the program remained open so that all those users who wanted to could be part of it.

In this way, all these users could participate in all the functions and features that were coming to the latest version of the Microsoft operating system. In addition to the valid Windows 10 license, another attraction of many Insiders users is the possibility of being the first to know and try all the improvements, functions and features that come to Windows 10 from Redmond. Something that is completely free for users of the program.

Users of the program can also collaborate with the company, not only with the reporting of bugs, but they can also give their opinions and even share their experiences with the system so that Microsoft has a report of what the user experience means. from the system to the users themselves and can make decisions based on them.

Therefore, all users will be part of the large community of Insiders who contribute their experiences, opinions, failures and detected errors to contribute to the improvement of the system and that the final versions of Windows 10 arrive as clean as possible for users.

However, it is also important to know that there are certain risks or drawbacks When testing Windows versions that may still contain certain bugs, a system that requires numerous updates and that certain errors may occur that may jeopardize the information stored on our computer.

Not surprisingly, each of the Windows 10 builds is at a different stage of development, which means that not all of them are equally stable and that some of them can find serious system failures. That is why, from Redmond they establish three rings to classify each of the versions or compilations of the system, Preview (R), Slow Ring (S) and Fast Ring (F).

Therefore, users who sign up for Windows Insider must choose the ring they want to access. This will depend on the risks that each one wants to take, since each ring represents a different level of stability from the version to be tested.

The quick ring It is the most unstable and hence it is the one that generates the most versions since there are still many failures to solve in order to move to the next ring. The slow It is where all those compilations arrive that have already passed the fast ring and although it is not yet the most stable version, it is an intermediate point. Preview (Release Preview) is the public ring where the most stable versions are tested, those that are about to reach end users.

In addition, internally Microsoft has three other rings available for the employees or people in charge of conducting the test benches before each compilation or version reaches Insider users.

How to become a member of Windows Insider

From the Settings page

If we are Windows 10 users and want to be part of the Windows Insider community, these are the steps to follow to start receiving trial versions of the Microsoft system: 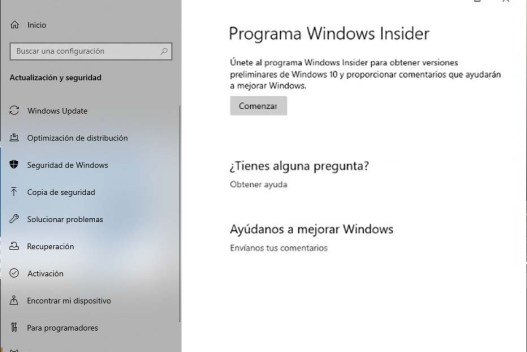 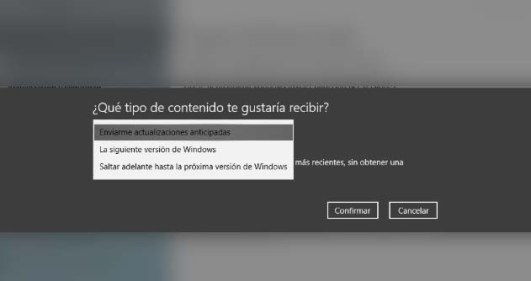 It is important to know that in order to carry out this process, we need to have a Microsoft account and a user in the system with administrator permissions.

If we do not have a Microsoft account, there is also a way to test the previous versions of Windows 10. Of course, for this we will need to use a tool developed by third parties and that we can find for free on Github in this same link.

Specifically, it is a script that has been baptized with the name of Insider Enroll and it uses an undocumented variable from the Windows 10 registry to be able to join the programmed Windows Insider without having to have a Microsoft account.

Now, in order to use the script correctly, we have no choice but to activate telemetry or data collection in the system. That is, we must open the Windows 10 configuration page and navigate to the option Privacy> Comments and diagnoses and within the option Diagnostic data check option Full.

Next, we go to the path where we have downloaded the script and by right-clicking on the OfflineInsiderEnroll file, we select the option Execute as an administrator. Needless to say, in order to do this we need to have such permissions. 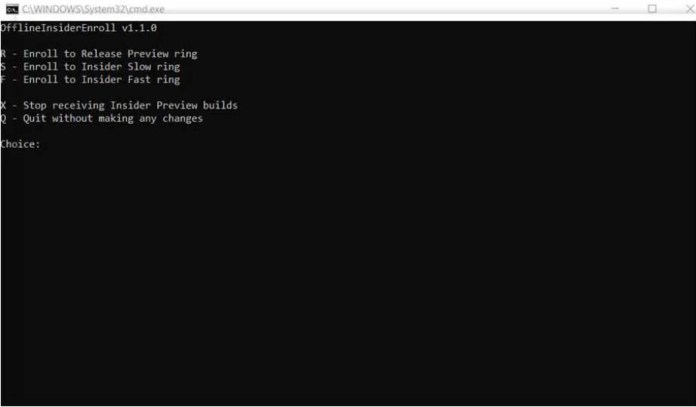 Automatically we will open a command prompt window with the script execution and where we will have the option to choose if we want to join as Insiders in the Fast ring, Slow ring or Preview.

Finally, we will have to restart the computer once the process is finished. On the page of Settings> Windows Update, we can check if the installation of the preview of Windows 10 has been installed correctly.

If at any time we want to exit the Windows Insider Program, we can run the script again and choose option X to stop receiving updates.