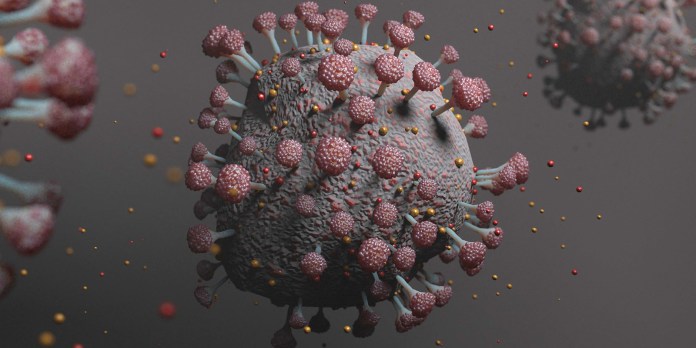 The Department of Health has announced the death of 13 others who had Covid-19.

A south man who was formerly known as the Covid-19 caused his death, has now confirmed that this was not the case.

A further 76 cases of the disease were confirmed this afternoon, bringing to date 29,127 cases of Covid-19 disease diagnosed in Ireland, 24,582 cases south of the border and 4,545 cases in the north.

But according to the latest information released by the Northern Ireland Statistics and Research Agency (NISRA), the number of deaths in the north is well over 505.

There were 664 deaths caused by Covid-19 on record at NISRA by 15 May. The Department of Health reported 472 deaths for the same period, making the number of deaths due to Covid-19 in the North potentially almost 30% higher than the official figures suggest.

According to the latest NISRA figures half of Covid-19 deaths occurred in care centers.

The Department of Health in the North announces deaths in hospitals and records only cases confirmed by Covid-19. NISRA takes into account all cases where Covid-19 is mentioned as causing death on a death certificate.

According to the latest information from the Department of Health, relating to the 24,451 cases confirmed by midnight on Thursday:

Dissemination in the community accounted for 60% of cases, close contact with another patient 38% and travel abroad 2%.

For the fifth consecutive day no increase was announced in the number of confirmed cases in Kerry -308. The number of certified cases notified to Donegal was the same today and today.

Employers have called on the Government to end Covid-19 restrictions sooner than planned. They also called for the end of the quarantine for people coming...
Read more

NPHET states that the disease is now mainly spread in clusters in Ireland ...
Read more

After almost three months of closing borders and restrictions on regional movement, most of these companies have already emptied their cash.. By AFP The COVID-19...
Read more

Yesterday they collided Threat of the president At one point in the afternoon, while deputies and government emissaries debated the proposals, the President of the...
Read more

Taoiseach Leo Varadkar has announced that more social restrictions will be eased as planned one week from next Monday as the number of cases...
Read more

According to TAM Ireland / Nielsen figures, TG4 was the second most popular channel during Cúla4's School broadcast time ...
Read more

The era of Wi-Fi 6E begins: the first Qualcomm chips are official

After the announcement of a few weeks ago, which described Wi-Fi 6E as the "most monumental ever for the...
Read more
Latest news

Employers have called on the Government to end Covid-19 restrictions sooner than planned. They also called for the end of the quarantine for people coming...
Read more
Latest news

NPHET states that the disease is now mainly spread in clusters in Ireland ...
Read more
iphone

The iPhone SE 2020 was placed under the magnifying glass by the well-known analysis company DxOMark and managed to reach 70 points on average...
Read more
Android

The Galaxy Fold 2 seems to be very close to launch and could probably be the month of August, given that Samsung has started...
Read more
Economy

After almost three months of closing borders and restrictions on regional movement, most of these companies have already emptied their cash.. By AFP The COVID-19...
Read more
iphone

The era of Wi-Fi 6E begins: the first Qualcomm chips are...