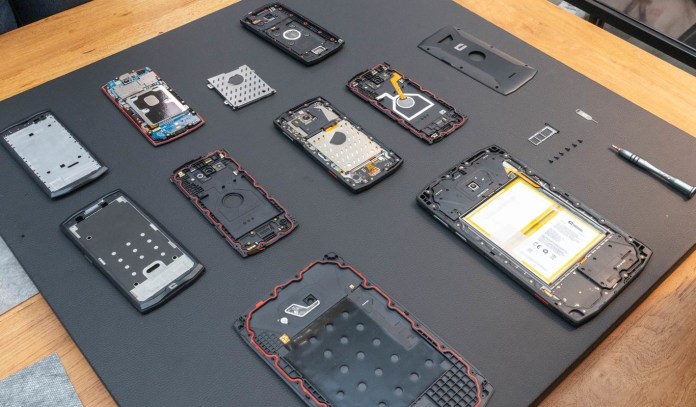 The phone in your hand has such a collection of sensors that you can measure a huge amount of values ​​with just them. From atmospheric pressure to vibrations of the terrain: the smartphone is a much more complex machine than it seems. And you just have to ‘play’ with the components designed to detect changes in the mobile and around it, its sensors.

The mobiles have been growing in screen dimensions, in power and also in number of cameras, but they are not the only components that evolved in number: also the internal sensors have multiplied. With them we can play by tilting the phone, talking on the phone without touching the buttons on the screen, the sensors are in charge of adapting the brightness of the panel and even put us on the map. There are so many on each phone, and so varied, that they can show us information that we didn’t even know. And that is just what we are going to check; our Android can perform many measurements only with its sensors.

Not all mobiles have the same sensors 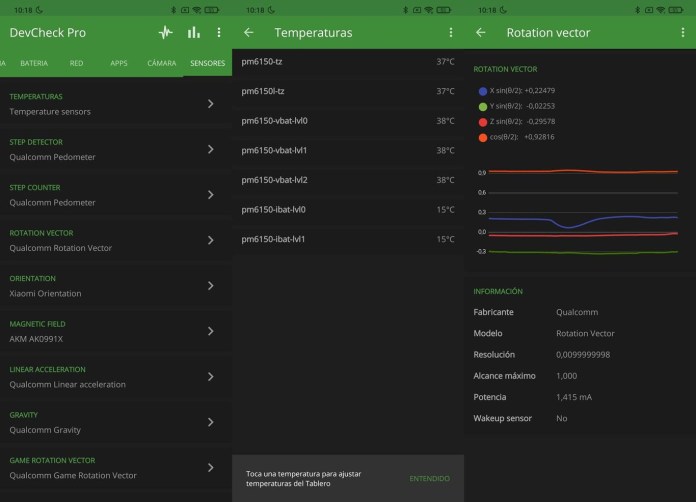 As with custom layers, the quality of the cameras or the processor, a phone can include sensors that another does without. Some are generic and universal, like accelerometers, but others are only found on certain devices. In general, the price influences: The higher a phone costs the more sensors, and of higher quality, usually includes.

The best way to know what sensors your phone has is to use an application that is capable of performing a complete hardware and software analysis. DevCheck Hardware and System Info It is one of our favorites as it not only offers extensive information on everything included on the phone, it is also very reliable, secure and ad-free.

Open DevCheck, scroll through the upper tabs to the ‘Sensors’ tab and check all the ones at your fingertips. Sensors that measure the temperature of key phone components, which detect steps, magnetic sensors for the compass, accelerometers and also the gyroscope These are usually more or less common. And you can get measurements just by entering it fits out of the way, like magnetic fields or phone stability.

With DevCheck you can check what readings the sensors of the phone throw: it is very useful to know if they work correctly

The sensors throw out a remarkable amount of information that is usually not understandable at first glance. Let’s see how to make much more concrete measurements. 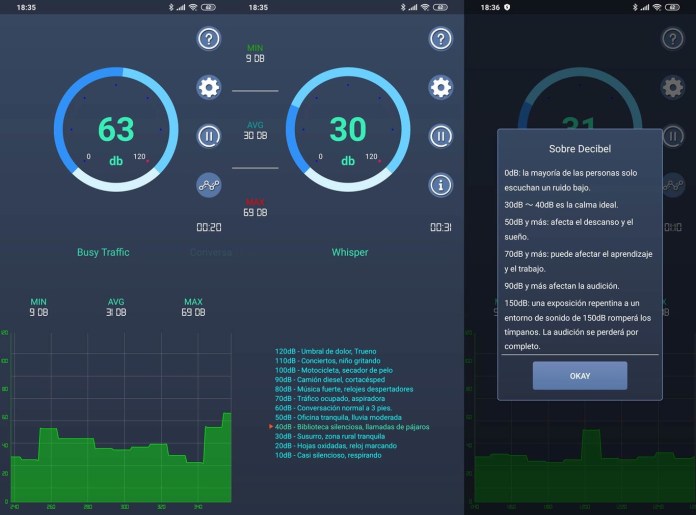 The mobiles include several microphones with which they capture an enormous amount of sounds, not only the voice. And they can be used to take ambient noise measurements. There are many applications that offer this type of measurement, such as the Sound Detector. Simple, with enough information and without strange permissions. 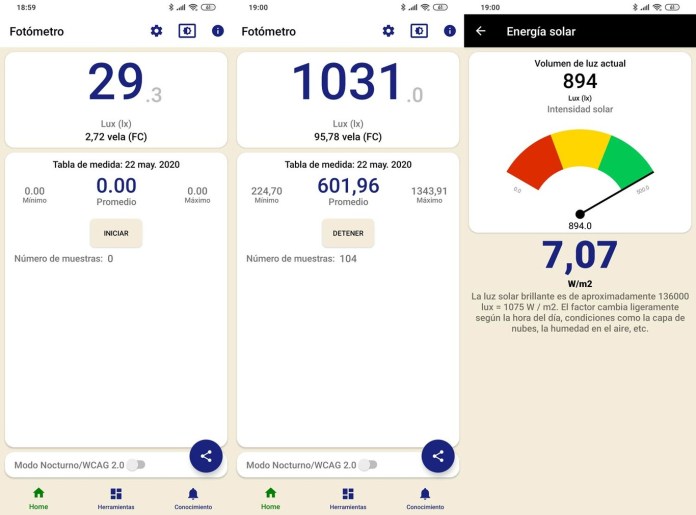 Surely your phone has automatic screen brightness activated, that option that allows you to view it even if the light conditions change. Well, the one responsible for adjusting the automatic brightness is a sensor that is usually placed on top of the phone. The ambient light sensor.

The sensor measures the amount of light hitting it and increases or decreases the brightness of the screen accordingly. You can get the lighting data with apps like Lux Light Meter & Tools: it is a practical photometer that will give you the illumination in Lux. 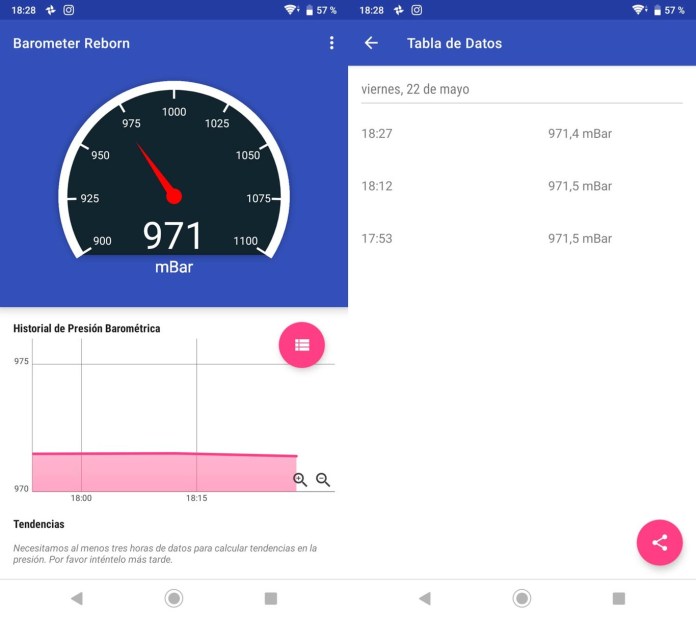 Not all phones have a barometer, so this is one of the sensors that your phone may have and maybe not. If you incorporate it, with an app like Barometer Reborn you will have the atmospheric pressure reading directly from the phone. 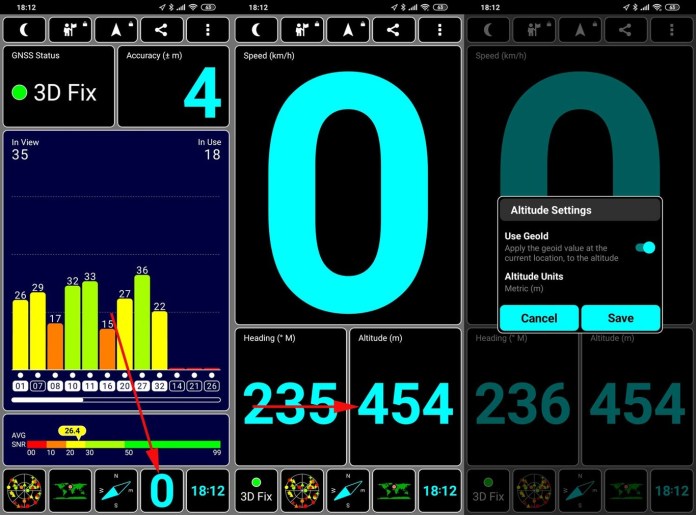 With the atmospheric pressure sensor, the height above sea level can also be calculated, applications such as a barometer and altimeter can make use of this sensor to calculate the elevation. However, there is a more universal way to achieve that value: GPS.

The application that we will use is an old one known in Android: GPS Test. It offers a huge amount of data related to GPS positioning, including height above sea level. Once installed, open it and press 0 at the bottom (it is indicative of speed). The display will show the altitude under the ‘Altitude’ (bottom right): press there and activate GeoID ‘to improve accuracy. The number will show the altitude you are at (the margin of error is a few meters).

Speed ​​at which you move

To calculate the speed we will use the previous application, GPS Test. The mobile can determine this value by establishing the relationship between the GPS coordinates and the time it takes to move from one to another. It is so easy to know that it is enough to open GPS Test and click on the bottom number. Move around and the figure will drop your speed in km / h. 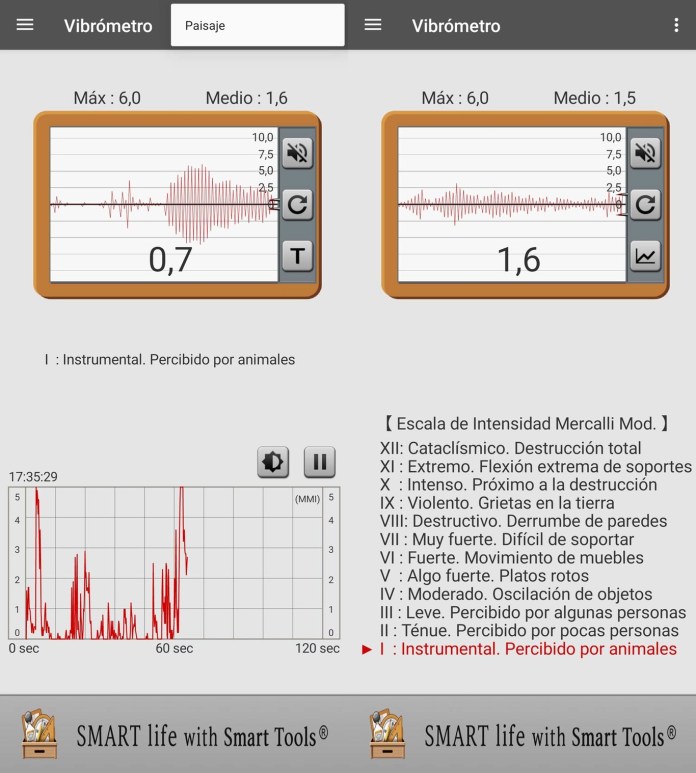 It is not that with a mobile it has enough precision to anticipate earthquakes, but it is possible detect small ground movements only with the sensors installed in the device (accelerometers). It is fascinating.

To measure the vibrations we have used the seismometer app. It is simple, has a friendly graphical interface and offers information at a glance. Just put the phone on the ground, open the app and check that the phone detects imperceptible vibrations. Always without reaching the sensitivity of a seismometer, of course.

What is commonly known as a ‘level’. It is one of the classic uses of accelerometers and a function that can help you if you want place a shelf level, for example.

As usual, there is a huge variety of applications capable of measuring whether a surface is completely horizontal or vertical. We have chosen Bubble level: it is simple to use and very easy to understand. 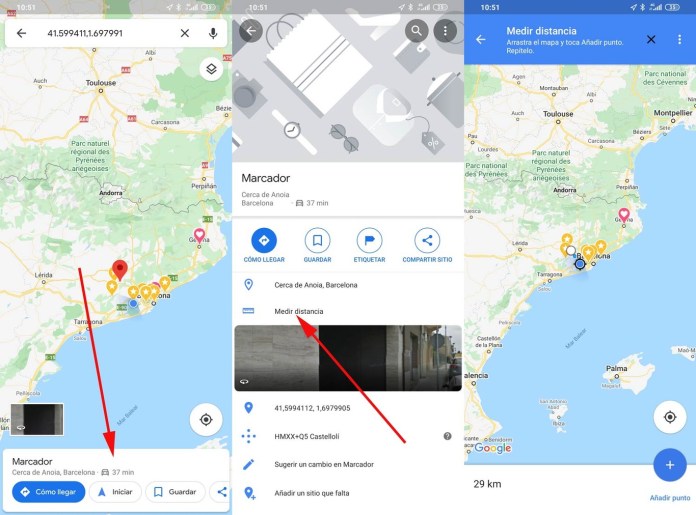 With GPS you can not only know where you are, you can also find out the distance that separates you from any point on the planet. And you don’t have to install anything, just use Google Maps: 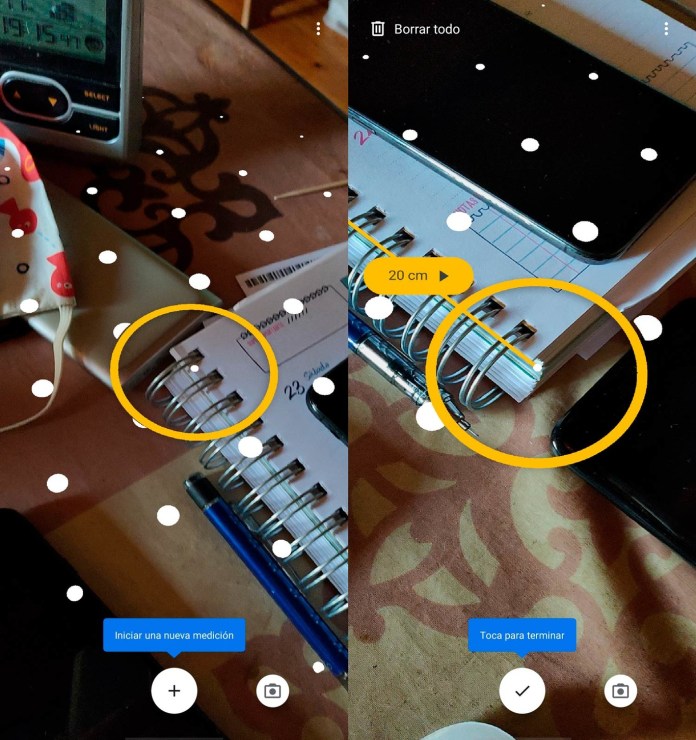 Imagine that you want to know how far it is from one end of the dining room to the other and you only have your mobile. It seems like an impossible task, but it’s not like this: you can calculate the length with augmented reality apps like Measurement, from Google. And all with the sensors and camera of the phone.

Not all mobiles are suitable for measuring length as they must be compatible with Google Play services for AR. If yours is enough, just install the app, open it and press the ‘+’ at the bottom of the screen. Drag to the other end that you want to measure and Measurement will overprint length in centimeters. 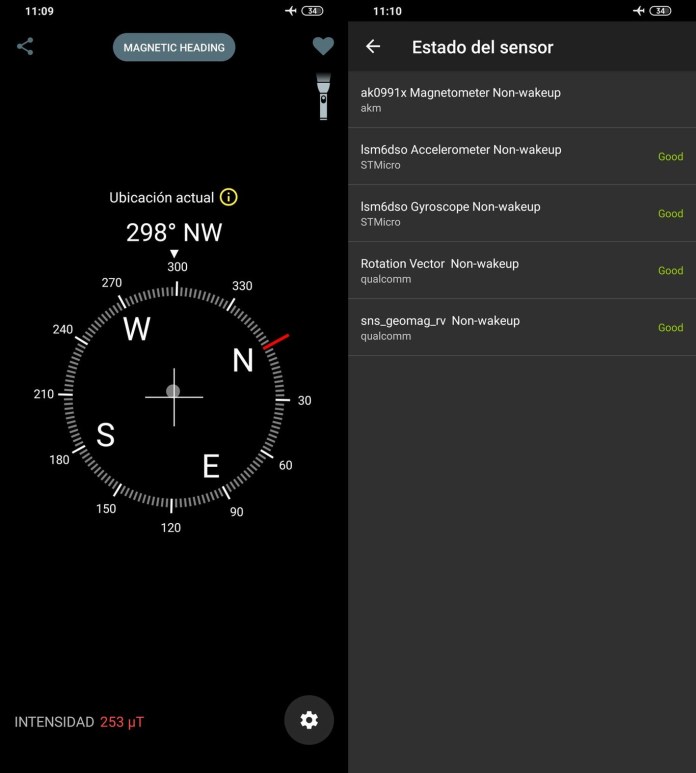 The list of values ​​that can be measured with the phone could not miss the magnetic sensor or magnetometer. Surely you will have used it more than once if only out of curiosity: your mobile can become a magnetic compass.

Having the magnetic sensor is very common, so is having a compass application on the phone. In case you don’t have one, you can use Digital Compass: it has no complications and lacks strange permissions. Open it and you can get your bearings even if you don’t have mobile data.

After Bennet's bomb offer on the iPhone 11, let's go back to talking about discounts on iPhone offered by Amazon. Today the online store...
Read more

HP has unveiled HP Reverb G2, his latest model of headset for virtual reality, born in collaboration with Valve and Microsoft. According to what...
Read more

After Bennet's bomb offer on the iPhone 11, let's go back to talking about discounts on iPhone offered by...
Read more
Economy

Yesterday they collided Threat of the president At one point in the afternoon, while deputies and government emissaries debated the proposals, the President of the...
Read more
Communication

Currently the 5G It is one of the connectivities that most threatens WiFi on mobile phones. With the arrival of unlimited data rates, 5G...
Read more
Latest news

Taoiseach Leo Varadkar has announced that more social restrictions will be eased as planned one week from next Monday as the number of cases...
Read more
Communication

There is a lot disinformation, hoaxes and false data related to the 5G and radiation. There are even those who believe that 5G has...
Read more
Android

HP has unveiled HP Reverb G2, his latest model of headset for virtual reality, born in collaboration with Valve and Microsoft. According to what...
Read more
Android